The first thing to do if you want to get ahead in AA is to customize the controls to your liking. To do this:

3. And then left-click with your mouse on an action and then the next button you press the action will be "bound" to that key:

So you're set to go! The next important thing to know is how to shoot yourself in the foot and manage to kill yourself in the middle of a duel of death with some leet player.

1. Stay to the edges of the walls, look at each map and see where the crossfire zones are and don't run into them.

3. If you're playing someone good, watch their moves, learn from them. If you get the chance press the tilde key ` which drops down the console and type in spectator 1 to go into spectator mode where you can watch them with ease (remember to go type spectator 0 in console when you're finished).

4. When you're moving side to side, try and do it randomly, unpredictability or speed of dodging is the key to avoiding getting shot.

Gun Jumping is performed by shooting the floor and holding down the jump key. You can perform it with several weapons, the most useful being the Rail-Gun and the Blaster. It is important to be facing directly down when you shoot, and to keep jump held down. What is happening is you are jumping off the blast caused by the weapon: 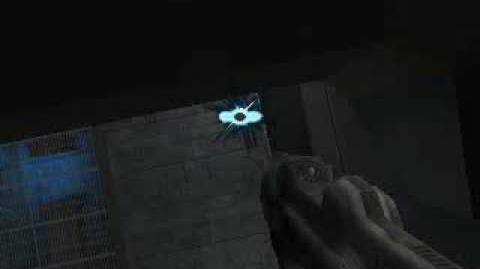 (please note the poor graphics are only due to the recording capabilities of my old computer -IDOL 12:40, 18 November 2008 (UTC))

Another trick is to release forward and press sideways in the middle of a jump, which helps you get round tricky obstacles: 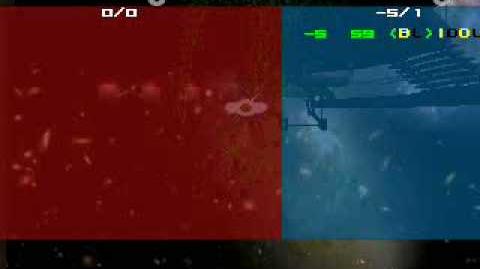 Also if you alternate left and right and turn into corners whilst rhythmically pressing jump you can go a lot faster, here I saved 2 seconds round Eternal compared to running.

This can also make you harder to hit. 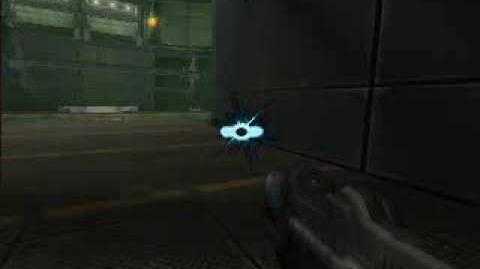 Of use also is the map voting utility which occurs on most servers when the match is finished. It is important not to vote for the No1 map, because that will be the exact same map that everyone just played on and will be boring.
Also you may see the custom in First Person Shooter games to say 'gg' after a game, this means 'Good Game':

In Alien Arena braggers are not accepted well. We understand the level of skill required to win, and the amount of losing you have to do before you become great at the game.
Opposed to other games we prefer just a 'gg' rather than 'HAHAHAHAHAHAAH YOU IS PWNT YOU N0000000000000bS!!!!!' call us crazy, we just prefer it this way.
You can talk in game by pressing the 't' key and typing a message and hitting 'return/enter' and you map vote with the F1 to F4 keys (with F1 allocated to vote for map 1).

One more important feature is the Rewards System, which is unique to Alien Arena. You will see in your HUD display a green alien head. When you have shot enough players this turns red and allows you to use either 'haste', 'sproing' or 'invisibility' at will (activated by whatever key you chose for them in Customize Controls). This can provide great strategic benefit in gameplay and is also a lot of fun.

Community content is available under CC-BY-SA unless otherwise noted.